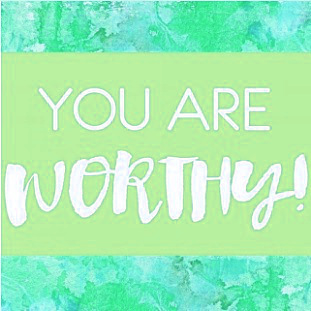 In the story of Rahab, we have seen how her source of worth came not from her reputation or occupation, but from God.  Like Rahab, we can trust God to use our past for good and to bless others.

In this post, we will see how God’s redemptive love reaches through generations to bring the saving message of Jesus Christ to the world.  And He chose Rahab to be a part of His plan.

God had indeed given the City of Jericho into the hands of Joshua and the Israelites.  Orders were given, marching began, shouts and trumpet filled the air…the great walled City of Jericho fell.

When the trumpets sounded, the army shouted, and at the sound of the trumpet, when the men gave a loud shout, the wall collapsed…Joshua 6: 20

Every living thing was destroyed.  Except…

…Rahab, her father and mother, her brothers and sisters and all who belonged to her.  They brought out her entire family and put them in a place outside the camp of Israel.  Joshua 6: 23

Rahab took a great chance on the God of Israel.  She left behind all that was familiar and comfortable to step out in faith…into a foreign world.  Not only were she and her family spared and allowed to live, but she lived long among the Israelites.  Not only was she living among them, but she married Salmon, an Israelite.  She not only married Salmon, but also birthed Boaz, the future husband of Ruth.  She not only birthed Boaz, but is the great…great- grandmother to Jesus Christ!

The prostitute from Jericho became the redeemed great ancestor of our Saviour…let that thought penetrate your heart.

If you are willing, God will redeem you.  And just like Rahab, you too become part of the family of God.  Your sins are forgiven and you are established in God’s Kingdom.

By faith the prostitute Rahab, because she welcomed the spies, was not killed with those who were disobedient. Hebrews 11: 31

You are so precious and valuable to Jesus.

By faith, the labels, bad choices, or even the terrible things beyond your control do not define you.  They do not determine your worth!

By faith, surrender them to God and trust Him with them…to do more than you could even think or imagine.  There is not one whose sin is too great for God to forgive.  No one is too dirty to be washed clean by the blood of Christ.  By faith…

Even before he made the world, God loved us and chose us in Christ to be holy and without fault in his eyes. God decided in advance to adopt us into his own family by bringing us to himself through Jesus Christ. This is what he wanted to do, and it gave him great pleasure.  So we praise God for the glorious grace he has poured out on us who belong to his dear Son. He is so rich in kindness and grace that he purchased our freedom with the blood of his Son and forgave our sins. Ephesians 1: 4-7

Out of the rubble of Jericho, Rahab and her family were saved, redeemed, and brought into the lineage of Christ.  Imagine what the Lord will do with your life when you give it to Him!

Until next time,
~Melissa

My Tweets
Join 4,736 other followers